Welcome to the Rogers Park Neighborhood!

Rogers Park has two main distinctions as a Chicago neighborhood: First, as the city’s northernmost neighborhood; second, it is considered one of the most diverse neighborhoods in Chicago in terms of population, culture, and even natural wonder.

Despite the seemingly far distance from Downtown, there is plenty of easy accessibility to all forms of public transportation. This means that the unique dining, arts, culture and entertainment found in Rogers Park are never far away. This dynamic neighborhood boasts bright, fresh murals and artwork in newly-updated ‘L’ stations along the Red and Purple lines.

Rogers Park wins the second distinction as people from all over the world call this neighborhood home. There is no dominant ethnicity in this neighborhood as residents speak nearly 40 different languages and have roots from over 80 countries. Howard and Clark Streets are known as the “Commercial District”, while the Glenwood Avenue Arts District and Jarvis Square are home to a pretty robust theater scene and music clubs, in addition to late-night dive bars, galleries, studios, and coffee shops.

Enjoy the sound of waves crashing! The lakefront is within ear shot, and nearly all the streets leading east end at public beaches and parks on Lake Michigan. Beautiful views at dawn give way to breezy afternoons along Lake Michigan. Cyclists may utilize the myriad bike lanes on winding side and main roads to maximize their new locale, and urban naturalists will find an entirely different set of florae and faunae than they are used to seeing in Chicago.

The Rogers Park area was developed on what once was Native American trails, now known as Rogers Avenue and Ridge Boulevard. The Potawatomi tribe (among other regional tribes) would settle in Rogers Park seasonally. Indian Boundary Park, west of Rogers Park and Pottawattomie Park near Clark Street and Rogers Avenue, pay homage to these historical roots.

Capt’n Nemo’s
7367 N. Clark Street
A Chicago landmark since 1971, serves up some of the “Best Soups, Best Chili and Biggest Best Subs and some of Chicago’s Best Italian Beef.”

Jamaica Jerk
1631 W. Howard Street
Is locally owned and operated by Chef Waite, who brings a culinary degree from the Cooking and Hospitality Institute of Chicago (CHIC) and an experienced expert with Jamaican cuisine. His menu will delights your taste buds with delicious Jamaican and Caribbean food in a fun, feel like you are on vacation, tropical atmosphere. This restaurant prides itself on made-from-scratch fare, with only top quality ingredients, including spices, vegetables, and fresh fruits.

Act One Pub
1330 W. Morse Avenue
Best described as a combination of a neighborhood favorite and a destination dining experience. Features live entertainment and high quality American cuisine, so you can find all the comfort of a neighborhood pub coupled with the sophistication of a first class dining experience. There is a carefully crafted global wine and beer menu to represent the high standards you would expect in fine dining. Next door is Mayne Stage, which makes it the perfect spot to complete a special evening out on the town.

BopNGrill
6604 N. Sheridan Road
This quick-serve spot has been featured on the Food Network, in Timeout Chicago and the Redeye. It features street food with a international (mostly Korean) influences and bacon: kimchi fries; a Bavarian burger served on a pretzel with Dusseldorf mustard; Japanese chicken Katsu!

Royal Coffee
6764 N. Sheridan Road
Pure Ethiopian Highland Coffee straight from the Ethiopian farm to your cup. The coffee comes from an elevation of 4,920 feet and it is grown in one of the richest coffee growing areas in Ethiopia. The beans are then sun dried by Ethiopian farmers and they are imported directly to the Royal Coffee Headquarters in Chicago. The boldness of “Royal Coffee” will keep you going through your day.

Red Line Tap
7006 N. Glenwood Avenue
Here there is a good chance you will often find yourself wrapped up in a conversation over a wide selection of domestic and imported beers, as well as classic draft offerings and cocktails.

PARKS AND INTERESTS *disclaimer – your new neighborhood has more to offer! Listed below is just a start…enjoy exploring!

Rogers Park/West Ridge Historical Society
1447 W. Morse Avenue
Established in 1975 by local residents who believed this Chicago neighborhood was a place too exciting not to celebrate, they find, collect, preserve and share the story of this diverse community. Today, the Society serves the community through its publications, architectural tours, and various educational and outreach efforts.

The Mile of Murals
Glenwood Avenue
An 10 year, ongoing, community-based public art initiative to paint a full mile of murals along the CTA Red Line track from Estes Avenue to Pratt Boulevard along the Glenwood Avenue train line. The project will result in 19 large-scale murals: ten block-long walls, seven viaduct walls, and two overpasses. New artists and themes are selected every year through a specific selection process determined by arts professionals and community leaders.

Emil Bach House
7415 N. Sheridan Road
The Bach House, designed for Emil Bach in 1915, is one of the last of Frank Lloyd Wright’s designs for a small urban house. The house is designed with its entrance almost hidden from Sheridan Road, to ensure privacy and reflects the importance of family life, according to Wright. This is Chicago’s only Wright residence open for vacation rentals and private events.

Greenleaf Art Center
1806 W. Greenleaf Avenue
Provides studio and exhibition space for 50+ local artists and is home to five business enterprises. The center is host to a variety of exhibitions, open studio events, art salons and creative workshops throughout the year.

Loyola Park and Beach
1230 W. Greenleaf Avenue
A large, expansive beach which offers plenty of open room and sights of the famous city skyline at a distance. Loyola Park sits on approximately 21.5 acres. The field house is equipped with two gymnasiums, a woodshop, a boxing center and clubrooms available to rent out. Outside, the park offers a senior baseball and a softball field, a two-hoop basketball court, sand volleyball courts, four tennis courts, a playground, and a 2/3-mile walking trail along the beautiful beach and Lake Michigan. Beach season begins the Friday before Memorial Weekend and goes through Labor Day.

The L
Easy access to the CTA Red Line services this area. Stations are located at Loyola, Morse, Jarvis and Howard.

Bus
Bus #22 (Clark) or #147 (Outer Drive Express) are also accessible for this neighborhood.

Proximity to Downtown
Obviously there is a bit of fluctuation depending on where exactly you live within the neighborhood, but Rogers Park is approximately 12 miles from Chicago’s Downtown Loop. Driving (without traffic) would yield about 25 minutes taking Lake Shore Drive. If traveling via the CTA, allow approximately 55 minutes.

Surrounding Areas
Edgewater, Andersonville, West Ridge and the city of Evanston are your closest neighbors. The awesome thing about the surrounding neighborhoods is that they offer up different atmospheres that are unique to them…and quite honestly, that’s what makes Chicago great. 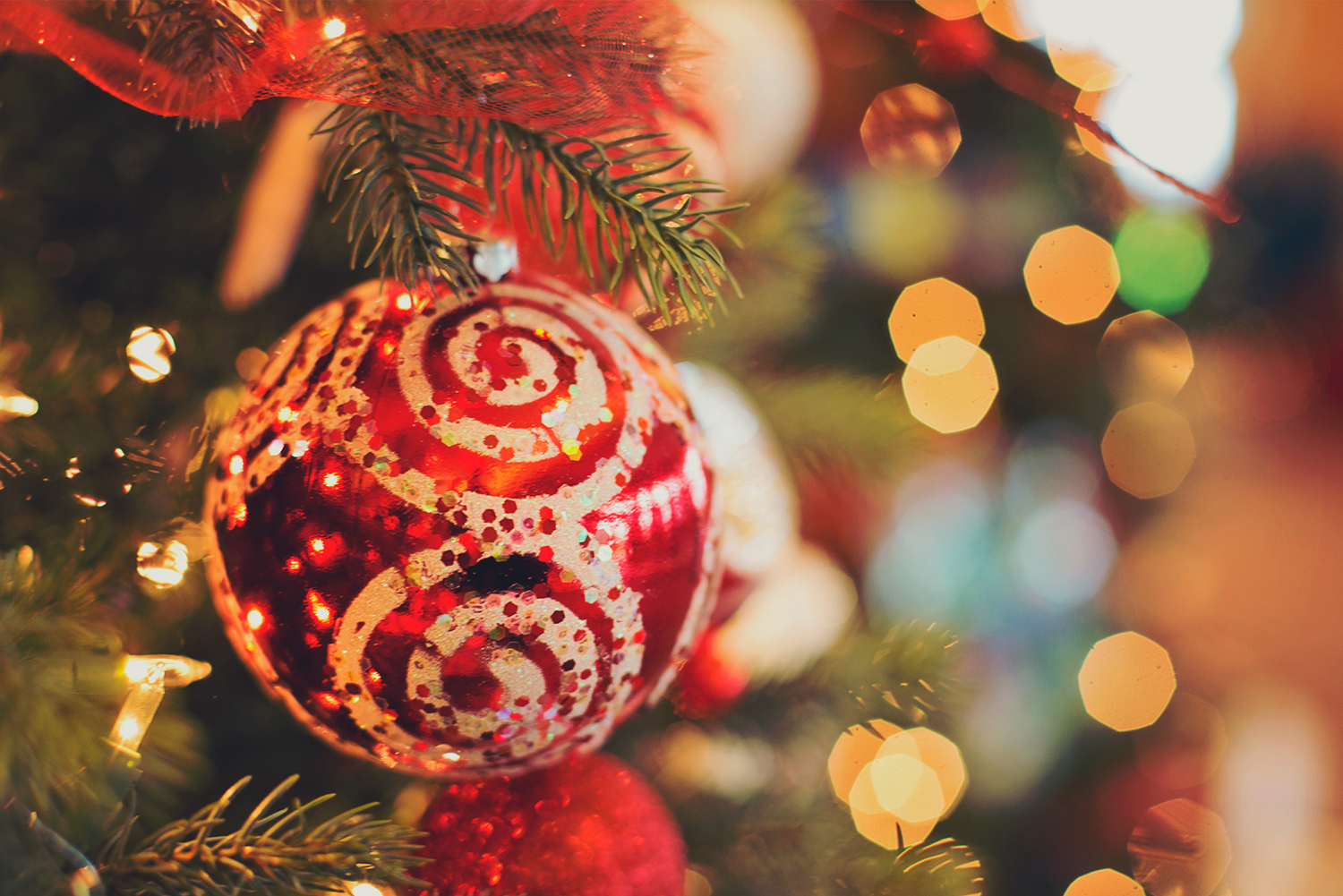 Staying Safe And Warm Over The Holidays

Staying Safe And Warm Over The Holidays